Euroclear Boards ‐ A letter from the Boards

"We are pleased to report that we more than met the challenges of 2020, processing a higher volume of transactions than ever before while maintaining our high standards of business continuity." 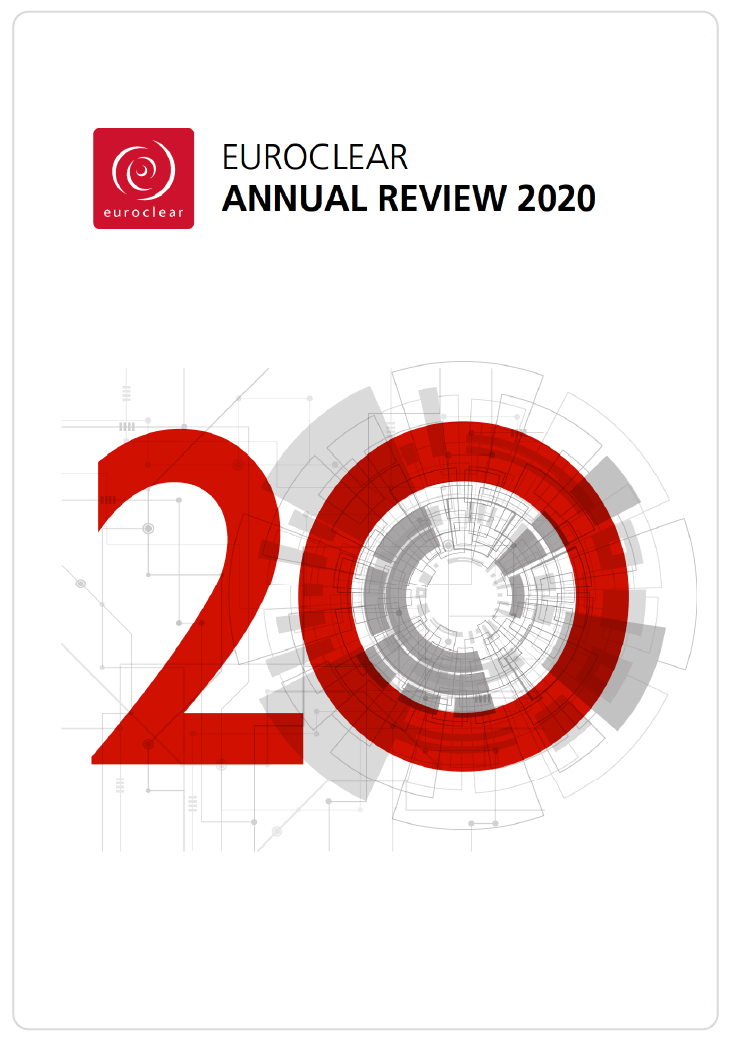 A letter from the Euroclear Boards

As we write to update you on the Euroclear group’s performance in 2020, we must first reflect on what was a most difficult and unprecedented year for all our stakeholders.

We are all aware of the sweeping global impact of Covid-19, which forced immediate and necessary change to our daily lives and brought uncertainty to financial markets. Policy makers responded by cutting interest rates and expanding money supply to stimulate spending, while governments issued more debt as they not only try to shield the impact of the pandemic on households and businesses, but also prepare for future economic recovery.

Geopolitical shifts, including Brexit and the US elections introduced further uncertainty, while ongoing technological developments continued to evolve our operating environment.

Times like this underline the importance of Euroclear’s role in the financial ecosystem, and how market participants rely on our stability, resilience and adaptability.

We are pleased to report that we more than met the challenges of 2020, processing a higher volume of transactions than ever before while maintaining our high standards of business continuity. We are very grateful to the whole team for their considerable efforts over the past year in such testing conditions. Our resilience is also testament to the investments that have been made in our systems and technology in recent years.

In addition to fulfilling our obligations to our clients, we have performed well - operationally, financially and in continuing to implement and deliver on our strategy. Euroclear’s diversified business model and its strategic initiatives delivered strong growth in business income, which offset declines as a result of lower interest rates. Such a resilient top line performance was the foundation from which Euroclear delivered group net profit of €432 million, in line with 2019’s record level.

In light of this resilient performance, and considering the company’s robust capital base, the Euroclear Holding Board has announced its intention to pay an interim dividend of €82.4 per share, subject to confirmation of the mid-year 2021 performance. This represents a pay-out ratio of 60%, consistent with the previous dividend, and in line with the guidance range of 55% to 65% that has been adopted by the Board.

"We are pleased to report that we more than met the challenges of 2020, processing a higher volume of transactions than ever before while maintaining our high standards of business continuity"

The Boards are pleased with the continued implementation of the group’s strategic initiatives over the past year.

Through its strategy to strengthen, grow and reshape the Euroclear network, your company is positioned to benefit from heightened demand across a number of its business lines, such as in funds and collateral management.

At the same time, by balancing cost control with investment in business resilience, efficacy and new client offerings, the quality of our earnings continue to be enhanced.

Euroclear’s Boards have also adapted well to the new reality and digital ways of working.

With the group now having been granted its CSD Regulation licences by the regulatory authorities for all its operating entities, the Boards of Euroclear Holding and Euroclear SA/NV are now preparing to adopt a new, simpler governance structure, taking into consideration the incoming Capital requirement Directive V (CRD V) regulations.

Over the course of 2020, there were a number of changes to the composition of the Boards, including the departure of Marc Antoine Autheman who stepped down after eight years as Chairman of Euroclear Holding and Euroclear SA/NV.

In the interim, pending a permanent replacement Chairman for both boards, we have operated a tandem chair structure for Euroclear Holding and Euroclear SA/NV, and taken the opportunity to undertake governance reforms.

In doing so, we recognise that the group has benefitted from both Boards working more closely together and from the range of expertise and perspectives brought by the diversity of its members.

As such, we intend to simplify the Boards’ structure and composition in the coming months, following approval from our shareholders.

"Looking to the future, we intend to further build on the group’s Corporate Responsibility foundations; this is not only the right thing to do, but also a growth opportunity for our business as we support the financial industry in grasping ESG and sustainable finance priorities."

The events of 2020 have undoubtedly increased the focus on all businesses’ responsibilities to their communities and society, starting in the workplace. Throughout the year, Euroclear has sought to prioritise the health, well-being and engagement of its people despite full remote working and wider government enforced restrictions.

We believe it is essential to act responsibly and to take a long-term view. We are proud that no employees were made redundant or placed on furlough as a consequence of Covid-19. Furthermore, through the Euroclear Solidarity Fund, a €1 million donation was made in support of the hospitals and charities tackling the pandemic on the frontline.

Looking to the future, we intend to further build on the group’s Corporate Responsibility foundations; this is not only the right thing to do, but also a growth opportunity for our business as we support the financial industry in grasping ESG and sustainable finance priorities.

Euroclear benefits greatly from its stable and supportive investor community. Over the course of the past year, this community has evolved as incoming shareholders, including a shareholder consortium led by the Belgian state fund, SFPI, increased their investments. These investors have diversified our shareholder base and provided liquidity to those longstanding investors who wished to sell. We would like to thank the Euroclear shareholder community for the confidence you continue to place in us.

Finally, let us also thank management, colleagues as well as our clients, suppliers and partners for the dedication and collaboration they have demonstrated throughout 2020. Their continued efforts ensure that Euroclear is well placed to continue delivering value to stakeholders through its attractive customer proposition and unique business model as an independent, open financial market infrastructure.

Back to the 2020 Annual Review page

We use cookies to remember your login details, collect statistics to optimise site functionality, and to ensure you get the best expercience on our website. For more information read our Privacy and cookie notice .